Point Alpha, the former U.S. Army observation post, represents one of the hot spots in the Cold War.

The GDR watchtower and the reconstructed fortifications of the border that divided Germany, Europe and the world for forty years are just a stone’s throw away from the camp. In addition to the permanent exhibition on the Cold War presented at the historic U.S. Point Alpha Camp, the “House on the Border,” a museum building erected in 2003, shows mechanisms of the East German repressive apparatus. A multimedia exhibition titled “Freedom” preserves the memory of the Peaceful Revolution that brought the East German dictatorship to an end.

The Point Alpha Foundation is dedicated to preserving and maintaining the memorial and aims to further develop this site commemorating German division and the confrontation between to world powers into an educational site. 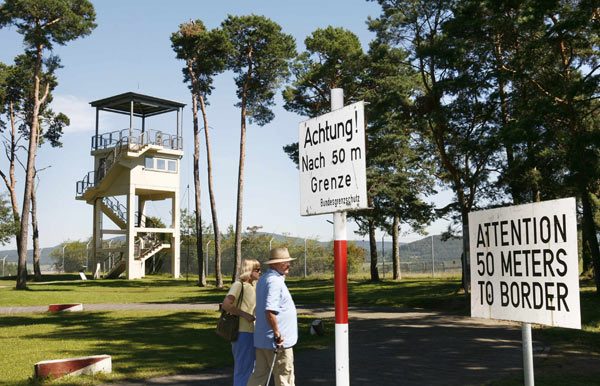